Valentine’s day has to be the most pretentious day for lovers.

No am not trying to be mean because my man will be away trying to battle those Al-Shabab guys on that day. Okay maybe that might a motivator but who’s asking?….

I have celebrated only one valentine’s day and that was only because the guy in question was trying to win me back and you guessed it he did!!! only to break up for good three or was it four months later.

He really did put up a show on that day – you know roses, dinner and the works. I’m talking those exotic meals that you order just because it was easier to pronounce plus it happened to be the chef’s special for the “DAY”. Maybe I should tell you I had an allergic reaction to one of the ingredients and had to nurse a swollen eye for about four days.

Funny thing is we never figured whatever it was I was allergic to, plus we couldnt go back to the said hotel with an,

“Hi, we were here on Valentine’s and had the chef’s special. Would you be kind enough to tell us what it was exactly because I had an allergic reaction to it”.

That would have been awkward, so we nursed my eye to health. Poor guy couldn’t stop blaming himself and I didn’t make it easier for him. Now that I,ve said that I realize how unfair I was on him – anyhu water under the bridge that is. Onto the next one…

The break-up came and that was that!!

Now let me tell you about this other guy I dated that really impressed me when it came to Valentines. We were almost four months into “things” when Valentines came knocking.

He didn’t look bothered about anything and as much as I didn’t care, I was hoping he would put in some effort – you know just for show!!! And he did but in the most amazing way and it was definitely not for show.

He picked me up at around noon from work and asked me to take him shopping. Now when you know for fact that your man stay’s alone and his parents stay several countries away you naturally carry just the small basket for shopping because what could a guy need in his house apart from after shave, bathing soap and some moisturizer?. He wanted to do two large trolleys worth of shopping, I almost told him my family didn’t need that much (thank God I didn’t). So up and down the supermarket aisles and off to the checkout registry we went.

Please bare in mind that I still have no idea where we are headed. My mind is beginning to think of how to escape in-case he decide’s to lock me up in some old house with a year’s supply of food. I start regretting why I didn’t take up the karate lessons offer from our local gym.

I almost didn’t notice when we drove up into this compound with kids – I mean so many kids of different age groups. We were at a children’s home.

He had done all this for the kids.

We spent almost two hours at the home and it was worth it – an eye opener definitely.

Let’s just say I spent the rest of the day thinking of how to ask him to marry me. Hehehehehe. Hey, don’t judge you would have too. Okay maybe NOT but come on that was something you don’t expect someone(read a dude) to do on a day like Valentines.

The usual plot is always:

1:00PM = Pick up for lunch and rush back to the office. This is when you lay-out the evening plans.

7:00PM = He pick’s you up for a night of romance (read expensive meals and gifts)

10:00PM = The plan after this is kinda free-flow depending on the type of relationship you have.

Now I hope you understand why I was tempted to go down on my knees.

It didn’t work out between us as lovers but we have remained good friends and it has been “our” tradition to visit children’s homes every Valentine’s day. It’s will be four Valentines this year. Lucky for me, my man understands and supports me on it.

BACK TO MY QUESTION:

If we can all be honest about it we will all realize it has been turned into something else other than the intended reason. It is not for love anymore is it?

All the same I would like to wish all the lovers out there a fabulous, fabulous Valentines Day. 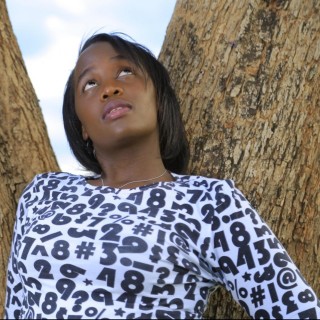 ...not your everyday Fashion and Style enthusiast - call me B, that's short for thatGCB....